Stink Bugs Don't Bite, But They Can Make Your Home Smell Bad

If you've been seeing brown bugs on the side of your house, you might be on the verge of a stink bug infestation. If you notice the bugs outside, take steps to keep them out of your house or you may have problems with the smelly pests later. Here is some information about stink bugs as house pests and how to get rid of them.

Stink bugs might be around all spring and summer, but you just don't see them. They prefer to live outdoors in warm weather so they're close to a food source such as plants and crops. However, the bugs have a hard time surviving cold winter temperatures, so they get more active in autumn when days get cooler as they search for a warm place to stay.

The side of your house is often attractive if the sun shines on it most of the day and heats up the siding. The bugs are attracted to the warmth, and once there, they might decide to go inside your house and ride out the winter.

You Shouldn't Smash A Stink Bug

Stink bugs use their bad odor as a defense mechanism. If you bother a bug or smash it, the bug releases the odor. That makes it difficult to get rid of the bugs. You could suck the bugs up with a vacuum cleaner, but the vacuum will pick up the odor and it might be ruined. You might also try gently picking up the bug and squashing it outside, but you run the risk of the bug emitting an odor when you bother it.

If stink bugs have infested your house, call pest control services for help. They might spray the inside of your house and recommend ways you can eliminate individual bugs without creating a stink.

Deal With Stink Bugs By Keeping Them Outdoors

A pest control service can help in the battle against stink bugs by keeping the pests out of your house. This might involve a two-step plan of spraying around the perimeter of your house and sealing your home so the bugs can't get inside. You might also want to move plants and decaying leaves away from your foundation so the bugs won't be attracted to your house and have a place to hide. 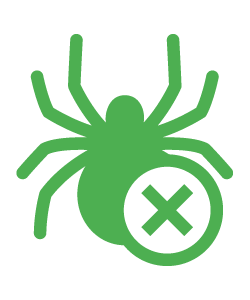 3 Methods To Handle Bed Bugs While Waiting For An Exterminator
27 January 2023
Bed bugs aren't just isolated to your bed. They are very mobile and&nbsp;will hop a ride on you&nbsp;to your next location. They can end up in all you …

How To Effectively Control A Severe Mouse Infestation In And Around Your Home
19 December 2022
A mouse infestation is a problem no homeowner wants to contend with. Not only are mice unsanitary, but they are also challenging to exterminate. Mice …

How Do You Get Rid Of A Carpet Beetle Infestation In Your Closet?
9 November 2022
If you notice holes appearing in the clothes inside your closet, they may have been infested with carpet beetles. Like moths, carpet beetles will eat …